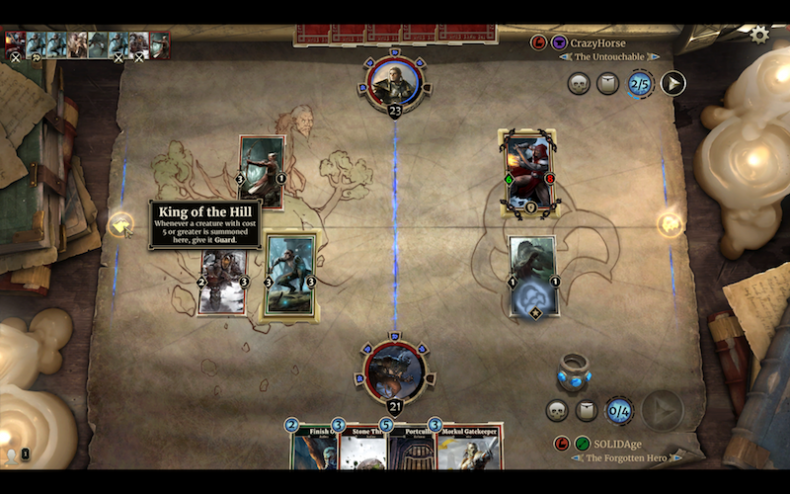 Bethesda Softworks has announced that Chaos Arena will be making a return to The Elder Scrolls: Legends later this week. The Chaos Arena made its debut in a special event last month. The new Chaos Arena event starts on Friday, January 20. The event will have the legendary Daedric Prince of Madness, Sheogorath, seizing control of an alternate PvP Arena mode. This will put matches into chaos with randomly introduced scenarios and lane rules.

According to Bethesda, Chaos Arena will be a monthly special event going forward for players. Future versions of the event will also offer new, unique gameplay conditions and challenge competitors to figure out emerging strategies for the game rules that willc hange on the fly.

Chaos Arena will run from Friday, January 20 through the end of Monday, January 23. It’s an optional mode for PvP that introduces one or more special scenarios or lane rules for each match. These Special Scenarios include extra Magicka that will be available for players. Then players will begin games with cards already played in lanes. Additionally, players can swap decks at the start of a match. Lane rules changes include random items; cards changing lanes randomly throughout the game; special buffs and bonuses in specific lanes; and much more.

Also, Bethesda has confirmed that The Madhouse Collection of cards are now available for purchase in-game for gold or for money at the in-game store. The Elder Scrolls: LEGENDS is available now for Windows PC in Open Beta.

The Elder Scrolls: Legends Beta Launches Today! Find Out More About the Player Sign-Ups!
Be the first to comment!
Leave a reply »