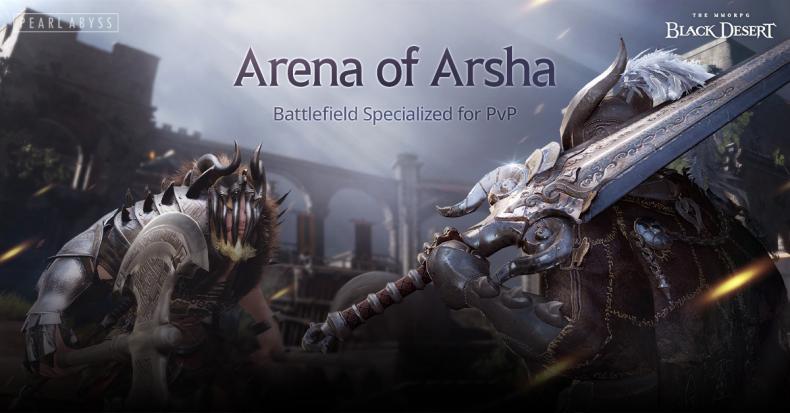 Black Desert Online is an open world action MMORPG with an in-depth character customization system and skill-based combat machanics. Today they revealed their latest addition to the game, Arena of Arsha.

Arena of Arsha is a new combat mode that lets Adventurers set the rules in PvP matches. Any Adventurer who decides to become the operator of a match has the authority to invite participants, form teams, set specific match times and regulations. For one example, Guild Masters can reserve a specific date with guild funds to host Team Matches or Team Survivals.

BDO has also added the Arsha Server as of this week. It’s a special server where the item drop rate is increased by 50% and Adventurers do not lose Karma during PvP activities. If you’d like to take advantage of that as soon as possible the Arena of Arsha Rehearsal will begin this weekend. Follow the GM’s instructions to get into it, and you could receive rewards like GM’s Lucky Box or Gold Bars — not by winning, but simply for participating.

Other things arriving in this week’s update: the new quests Black Spirit’s Gift II and Advice of Valks, which will be available for those who have previously completed the Calpheon and Mediah main quests. Somewhere within these quests, you may find the Ultimate Delphad Castillion Main Weapon  — but we won’t tell you where.