Polygon reports that another staff member for BioWare’s Mass Effect Andromeda has left BioWare. This time it was Cameron Editor, who was a senior editor at BioWare. To be clear, she is officially leaving the company next month. Harris confirmed the news on her Twitter account. You can check out those tweets below.

Harris indicated that she’s not just leaving BioWare but the gaming industry. Her game credits include work on such hit titles as Star Wars: The Old Republic, Dragon Age: Inquisition and of course, Mass Effect Andromeda. She first started working at BioWare in 2012. In addition, she worked on editing projects at Nintendo, Microsoft and ArenaNet. Her work reportedly included editing the dialogue for Mass Effect Andromeda.

Including Harris, she is the third Mass Effect Andromeda staffer to recently leave BioWare in the last couple of months. In December, game director Chris Wynn left the company. Wynn is now working on H1Z1 at Daybreak Games. After that, lead writer Chris Schlerf left the company to go work for Bungie and to work on Destiny. Is this nothing more than a coincidence? That’s possible. People come and go from big companies all the time. However, it does seem to be happening with quite alarming regularity as of late. One wonders if something is going on at BioWare and if everything is really OK with Mass Effect Andromeda. 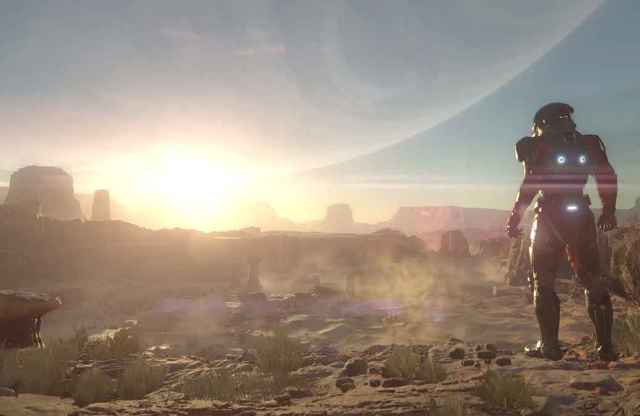 Mass Effect Andromeda is slated for a likely 2017 release for PlayStation 4, Xbox One and Windows PC.

I've decided to exit the video-game industry to return to Seattle for new opportunities there. I'll be leaving BioWare in mid-April.